Compound Interest: Understand It and Use Its Power

If your goal is to build wealth, then you need to understand compound interest. This fundamental concept works for you if you save. However, compound interest can work against you if you borrow money. The same magic that allows your money to grow faster can speed up the growth of your debt.

What Is Compound Interest and How It Works

Interest is the cost to use someone else’s money. Typically, you pay interest when you borrow money for a loan. Interest works in reverse too. The bank uses money deposited in your account to loan to other people; for this, they pay you interest.

You can calculate interest in two ways.

With compound interest, you need to consider the compounding period and frequency.

Whether the power of compounding is good or bad depends on if it is currently working for or against you. Investments take advantage of the saving compounding rate, and this is good. When you borrow, you deal with the debt compounding rate, which costs you money. Take your credit cards as an example, which have a nominal APR (the stated interest rate). In reality, your credit card debt is compounded daily, and all the compounded interest adds up. Your actual interest rate will be higher than the nominal quoted one. Understanding the Power of Compounding

Here’s a simple example. You decide to invest $1000 in an interest-bearing account with 5% interest compounded annually at the end of the year.

The second year interest is generated on the new principal of $1050 (the initial investment plus the first year’s interest). You add $52.50 to your account in interest, raising your balance to $1102.50.

This repeats in perpetuity until you close the account.

This example shows the power of compound interest. Each new interest calculation factors in the previously earned interest on the current principal. It’s interest upon interest. The best part is that you don’t have to do anything differently to get this benefit.

There is one thing that makes compound interest more powerful: time. It has a more significant influence on compound interest than how much money you invest. This is why investing early is so important. When you invest in your teens or twenties, you give yourself extra time for compounding to work.

Consider three friends who started saving at different times in their life. They each invest $10,000 in similar accounts with a guaranteed 10% investment return that compounds at the year’s end.

At retirement, the account totals for each friend is given below.

Based on the results we see the following:

That is why it’s so important to start saving as soon as you can. There may be a lot of things fighting for priority in your financial life. Let savings be one of them. Even investing a little bit over a long period of time adds up due to the power of compounding.

How to Calculate Compound interest?

You may also use the compound interest formula: The best strategy to build wealth is to start saving as early as possible. It’s the cornerstone of the magic behind compounding interest and time value of money. Building wealth can be simplified to three things: save now, save early, and save consistently. Start on your journey to wealth by saving today.

Join our growing Intelegency community! Start building wealth today with people like you! Get advice from real people, share your experience and knowledge, get answers to your questions.

Start using credit cards for your benefits with 121 pages of actionable information! 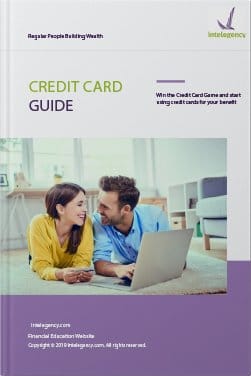